The world is changing.

Who is going to play that role in the digital revolution? We are here today because we are the kind of people who see technology as a great opportunity. Not as a threat.

We have seen a glimpse of a new world where everyone has free access to knowledge and culture. Where ordinary people can connect to each other across borders and form a political movement. Where democracy is not just a project of a small group of elected representatives, but of all people.

But what we’re also seeing is unprecedented government surveillance online and offline. And we’re seeing increasing control of large corporations over the Internet. So clearly it’s not enough to lean back and expect that technological progress is automatically going to turn into social progress.

I see a lot of people here who want to fight to make sure the Internet is a tool for empowerment. But if we want to be successful, I think it makes sense to also look at what happened in the past. In industrial revolution, it is clear that the social consequences of this revolution were not just shaped by the engineers of the steam engine.

Similarly, if we want a free Internet for all and democratic participation for all, we have to be more than a movement of systems administrators. If we look around us, there are alliances to be made with all kinds of people: with librarians who want to make knowledge available to everyone, with backpackers who want to travel a world without borders, or with groups fighting social injustice and discrimination.

We have to be a political movement that is defined not just by its abilities, but by its values. We promote liquid democracy because we believe that people are competent to make political decisions themselves. We promote copyright reform because we believe that everybody has a right to share the knowledge and culture of the world. And we fight the surveillance state because in a democracy, the people watch the government and not the other way around.

Of course, deep technical knowledge is important to understand many issues of internet politics. Without our technical expertise we would be unable to make smart Internet policy. So we do need to continue educating ourselves on our core issues.

We should have cryptoparties. We should do hackathons. We should teach people about how the internet works. But we need to realize that technical knowledge is not our only weapon, and it’s not our strongest weapon.

Our strongest weapon is the fact that we are an international movement. We are living in a world where everything is becoming globalised except for democracy. It takes an international political movement to make sure that a connected world benefits everyone, not just those who are already powerful.

Take for example globalised surveillance. Edward Snowden has shown without doubt that if a secret service wants to surveill its own people, it simply exchanges data with a secret service in another country.

Yet we are told by politicians that to protect ourselves from the NSA, our national secret services need to be strengthened. To stop this arms race of ever greater surveillance, we need to make it clear that this is not a conflict between nations. This is a conflict between out of control governments and the people.

To stop globalised surveillance, we need globalised transparency. But to make our voices heard globally, we need transnational democracy. We do need the European Union. But we must not accept its democratic deficit as a given.

As if they had learned nothing from the defeat of ACTA, the European Commission is again involved in intransparent negotiations on trade agreements. The most important among them is TTIP, the free trade agreement between the EU and the United States. Once again, the negotiations are taking place behind closed doors.

As with ACTA, The scope in which we can make democratic decisions is narrowed in an intransparent process. in negotiations where the public is shut out. But as with ACTA, we have the ability to put a stop to TTIP, if we work together as an international movement inside the European Parliament and outside.

But in the European Parliament, we can not just stop threats to democracy, we can also make things better. Here lies the great opportunity of the next years: This is the time to finally reform copyright. After years of pressure from civil society and members of parliament, the European Commission has started a consultation on copyright.

By building platforms that made it easy to participate in the consultation, we have turned it into a real voice of the people. The Commission is very well advised to take this support seriously and to push for a copyright reform that will not criminalize filesharers or lock knowledge away. To achieve this, we must put copyright reform front and center.

More than in many other fields, a European push for copyright reform makes sense. Nobody understands why in France, I’m not allowed to publish a picture of the European Parliament, a building that could not possibly be more public, because the architect of the building holds copyright. Nobody understands why in Germany, half of all youtube videos are “not available in your country”, even though artists want to use youtube for advertising.

The Internet enables us to share knowledge and culture across borders. But right now, the fragmented and intransparent European copyright rules are standing in the way. Now that we are finally seeing some activity to fix copyright, we need to take action, inside the European Parliament and outside.

In order to achieve our vision of a free society through the Internet, we need to be active, we need to be coordinated, and we need to be loud. This conference is a first step in harnessing the power of an international movement for free culture. I encourage you all: Use the time to listen to the experts from NGOs and from academia to broaden your horizons.

But most of all, use the time to talk to each other, to break out of your familiar national groups. Form new connections, and do your part in strengthening our global community. Because this is our greatest strength.

Let us together build a Europe that is more like the Internet. Connected, collaborative, a community of peers.

0 Kommentare zu “The World Is Changing” 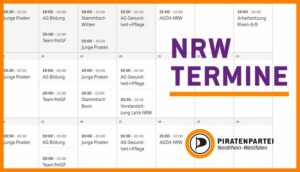